Properties of the monopole 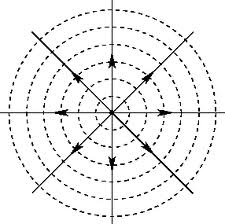 Many of the important properties of Magnetic Monopoles are obtained from the Dirac relation and are summarized below: