Welcome to the MoEDAL-MAPP Experiment at the LHC

In 2010 the MoEDAL experiment at the Large Hadron Collider (LHC) was unanimously approved by CERN's Research Board to start data taking in 2015. MoEDAL is a pioneering experiment designed to search for highly ionizing avatars of new physics such as magnetic monopoles or massive (pseudo-)stable charged particles. Its groundbreaking physics program defines over 30 scenarios that yield potentially revolutionary insights into such foundational questions as: are there extra dimensions or new symmetries; what is the mechanism for the generation of mass; does magnetic charge exist; what is the nature of dark matter; and, how did the big-bang develop.  MoEDAL's purpose is to meet such far-reaching challenges at the frontier of the field. 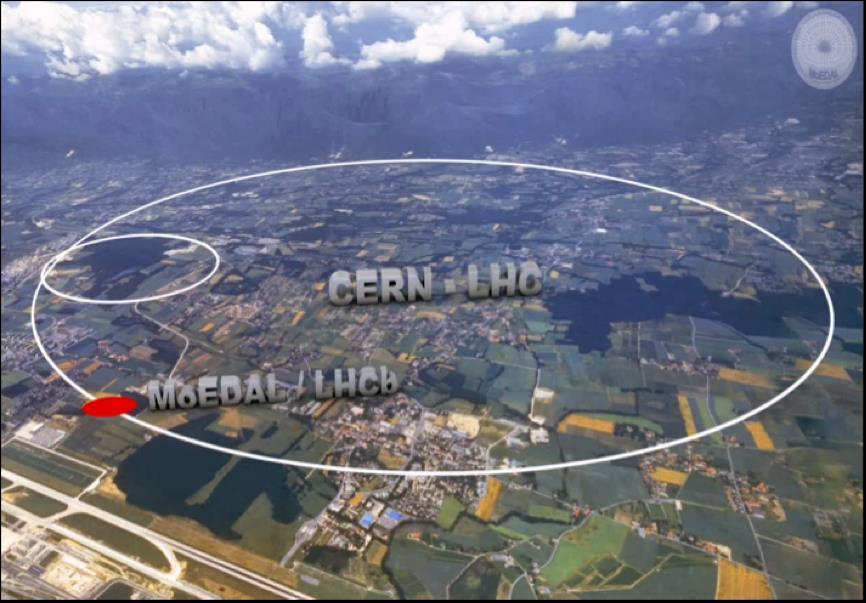 The innovative MoEDAL detector employs unconventional methodologies tuned to the prospect of discovery physics. The largely passive MoEDAL detector, deployed at Point 8 on the LHC ring, has a dual nature. First, it acts like a giant camera, comprised of nuclear track detectors - analyzed offline by ultra fast scanning microscopes - sensitive only to new physics. It does not require electronic readout or a trigger. Second, it is uniquely able to provide a permanent record of new physics and trap the particle messengers of physics beyond the Standard Model for further study.  MoEDAL's radiation environment is monitored by a state-of-the-art real-time TimePix pixel detector array. 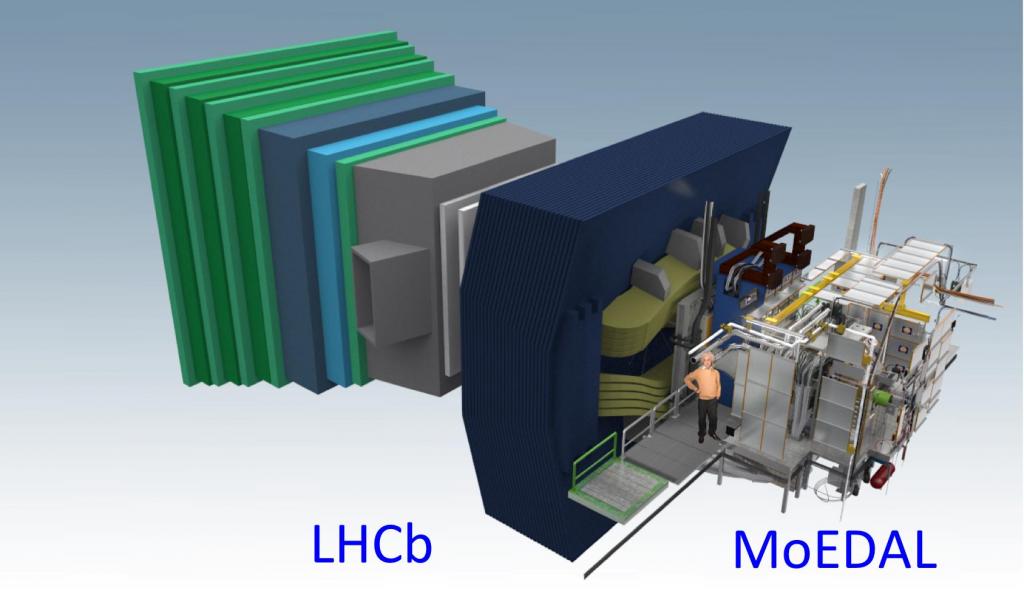 Introduction to the MoEDAL Experiment